A Jewish burial is very simple. The body is covered in a white cloth and placed on straw in a raw wood coffin. There is a short graveside sermon, then you eat.
A limo drove Dad, the Caribbean ladies and myself to the cemetery on Long Island. (I can’t believe my first ride in a limo was to a funeral.) Being the end of winter meant that everything was dead and brown, and the grounds looked barren and dried up. Not somewhere one would want to return.
Once there, Dad had to lift the lid of the coffin and identify the body. Thankfully, it was Ada’s. I can’t imagine what happens when there’s a fuck up.
As per tradition, they lowered the coffin into the ground immediately, then the congregation shovel in a scoop of dirt each. This was done before any words were spoken, and there was nothing beautiful about it. It felt very weird. Dad was given the shovel first, and to my mortification got a bit carried away and shovelled in two scoops. If I hadn’t of yelled “just one” to him, he probably would have kept going.
Then the Rabi spoke for about ten minutes, Dad said some words (and shed some tears) and we left. It was cold, and for a ten minute sermon the Rabi charged $450. I’m sure Ada was turning in her grave.
Before we left, T - Ada’s night nurse, looked towards the grave said “You are in front; we are behind.”  These words were a comfort to hear, not because I want to follow, but because of the inevitability of it.
I wasn’t sad at the funeral. My body turned on it’s asperges as a means of protection. Then I slowly let it sink in on the car ride back.
That night Dad and I went to three Jazz bars; we drank, we danced, we celebrated life.
Photo credit: Gottlieb, William P
Posted by Ally Kay at 4:46 AM 1 comment:


I’ve been staying in Ada’s apartment on my own ever since she passed away. It was strange at first; not wanting to sit in her chair, impulsively disinfecting things before I touched them. Then slowly tidying up. Sorting through a life-time of clutter, and the weird questions… “what do we do with her teeth?!”
Thankfully Dad flew over and stayed for five days to help sort her affairs out.
I’m not sure how much longer I can stay here. I predict I will get kicked out soon enough, but for now I'm truly enjoying living on my own for the very first time ever.
Posted by Ally Kay at 4:21 AM No comments:

February was the month I turned 30. The month I’d been in New York for two years… and then out of no where, except maybe old age, it was the month Ada died.
She died shortly after a stroke which brought her to hospital, where she remained sedated until she passed on.
A candle now burns in her apartment, but her spirit is definitely gone. Gone far far away from here and hopefully to the place she had been yearning to go for so many years. 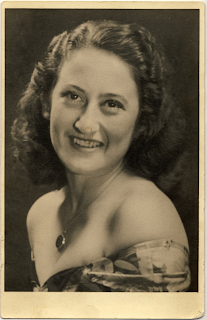 the lioness herself.
Posted by Ally Kay at 5:57 AM 3 comments:

Last night I was feeling blue for no real reason as I walked along 14th street in the freezing gail force wind. Then a huge piece of sheet wood the size of a cubical wall came hurtling towards me like I was in the middle of a hurricane. I pressed myself up against the wall braced for it to hit and then the large window of the HSBC bank a meter beside me exploded out onto the street.

Luckily the piece of wood missed, and there was no one directly infront of the window when it shattered, but had I been two steps infront of myself I would have been hit, and somehow felt like I'd cheated death. (Kind of like Ricky Gervais in Ghost town, when he dodges the falling airconditioning unit... until he steps onto the curb and get hit by a bus).

What does this mean?
Posted by Ally Kay at 2:29 PM No comments:

Just quickly, the amazingly talented improviser Becky Drysdale (who I was lucky enough to do one of her classes) has made this awesome video to help lgbtq kids everywhere. I would have totally been in the background of this if I didn't have to work.

Just over a week ago, a friend here told me it would cost the same amount to fly to LA as it would to Paris for thanksgiving. On Monday we booked our tickets, and today I fly to Paris.

It's been a long long dream of mind to go to Europe - especially Paris, and I'd always been waiting to do it properly - as in for a long period of time. But stuff it. 4 days will have to do.

Sooooo excited!
Posted by Ally Kay at 4:52 AM 3 comments: 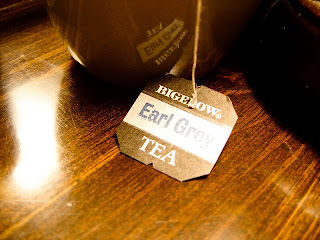 This morning I hastened to leave Anya's as I picked up my bag that I'd left there the night before. While I love her company, and her sun soaked apartment with potatoes boiling on the stove, and gossip girl playing in the background, I still yearned to be somewhere... dining by myself.

Ten minutes later, in a wooded restaurant around the corner, I sit at the bar awash with Miles Davis. A lady beside me spreads her paper and ordered eggs, a lady behind me takes out her novel and sips her coffee. Brunch for one all round please.

Outside the crisp cool air reminds me of those sunny but cold Toowoomba days. My coat is on the back of my chair, my scarf still around my neck. I feel very lucky. The change of season can only truly be embraced once you stop and observe it -  preferably quietly, over a cup of tea and a plate of eggs benedict.

Ally Kay
An Aussie girl living in NY. On a mission to follow a dream (change careers) and of course, fall in love… with this city. So far… so good. More stories to come!